Historical Map of Battle of the River Berre 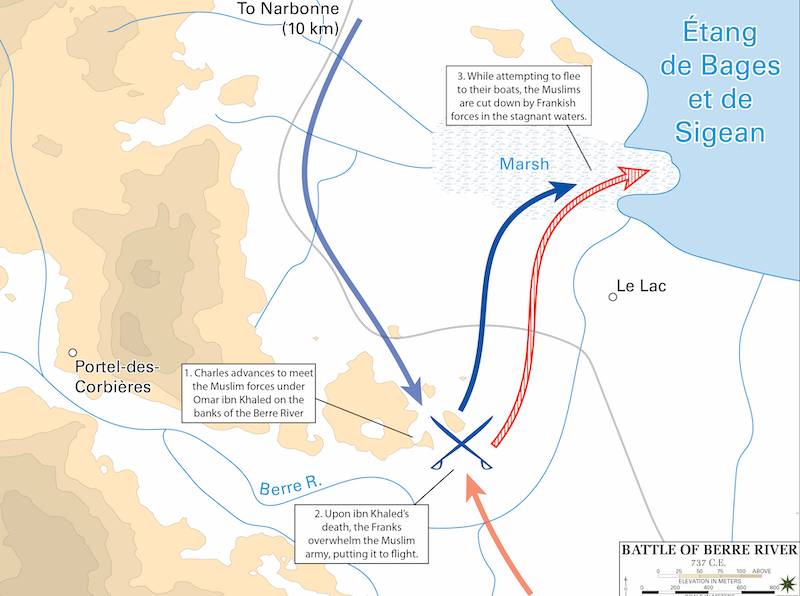 Map of the Attacks of Frankish Forces Against Muslim Army, River Berre, in South of France. Battle of the River Berre Year : 737 Location : South of France Belligerents : Frankish forces under the command of Charles Martel Arab forces under the command of Uqba ibn al-Hayyay. Result : Frankish victory. What Happened During The Battle Charles advances to meet the Muslim forces on the banks of the Berre River. Upon Ibn Khaled's death, the Franks overwhelm the Muslim army, putting it to the flight. While attempting to fleet their boats, the Muslims are cut down by Frankish forces in the stagnant waters.
Read more 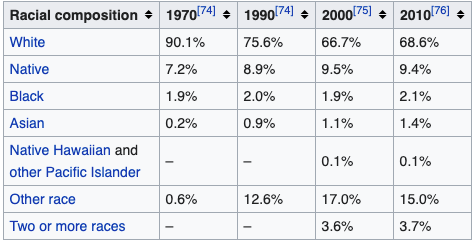 Races and Ethnics of New Mexico When we carefully look at the historical map of New Mexico , we see it as a Mexican, or let's say Spanish land ( It was called New Spain in the history). And today, it's part of the United Staes of America but the demography doesn't say so. Firstly, New Mexico is a majority-minority state, which means population is composed of less than 50% non-Hispanic whites. According to 2015 figures, 48% of the total population was Hispanic or Latino. This is the highest of any state in the US. New Mexico Racial Breakdown of Population New Mexican Spanish The majority of Hispanics in NW claim to be descendants of Spanish colonists who settled here from 16th to 18th centuries. Many of them speak New Mexican Spanish at home. After Alaska New Mexico also has the second largest Native American Indian population in the country. What Languages Did Native Peoples of Texas Speak?
Read more

A French Settlement in Texas 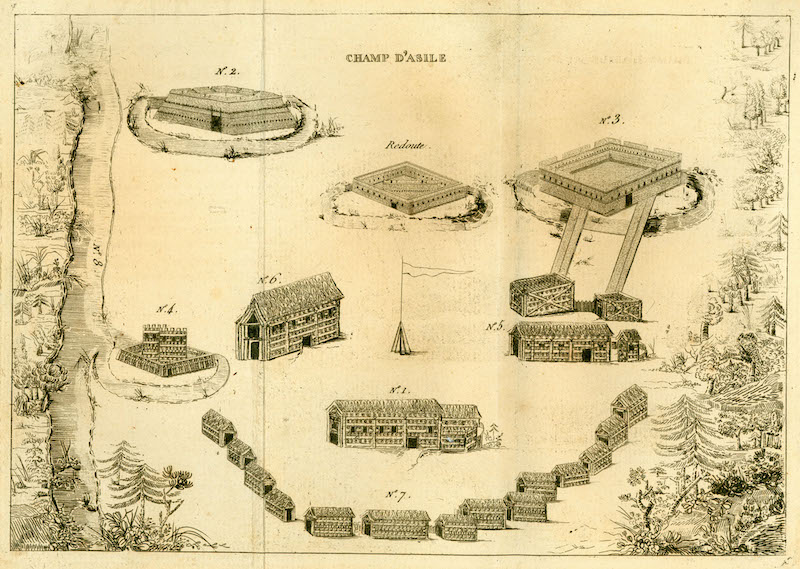 An Unknown French Colony Settlement in Texas Have you ever heard about " Field of Asylum " ? 1818, 20 French Bonapartist soldiers who had fought in Europe during Napoleonic Wars arrived in US and found a settlement in Texas ( along the Trinity River ). It was called " Champ d'Asile " which means "Field of Asylum" in English. It was a very short-lived settlement, built in January and abandoned July 1818. This is the map of this historic settlement. It doesn't look large but it was well established and built. What Languages Did Native Peoples of Texas Speak?
Read more

What Languages Did Native Peoples of Texas Speak 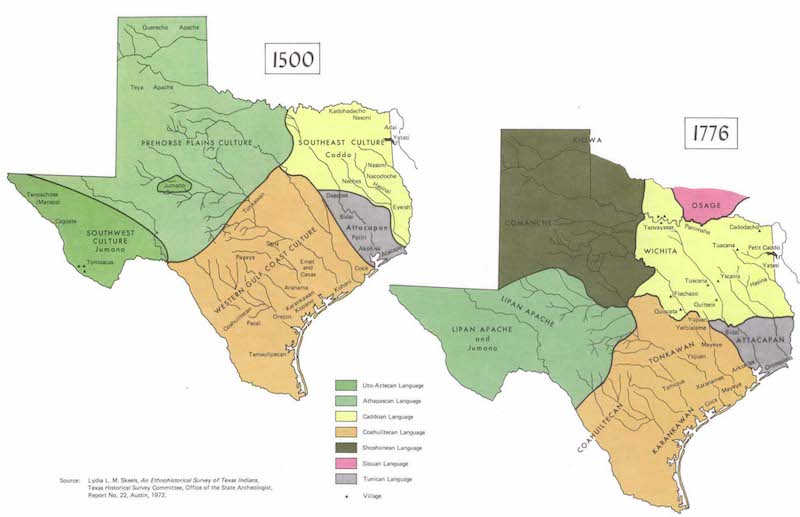 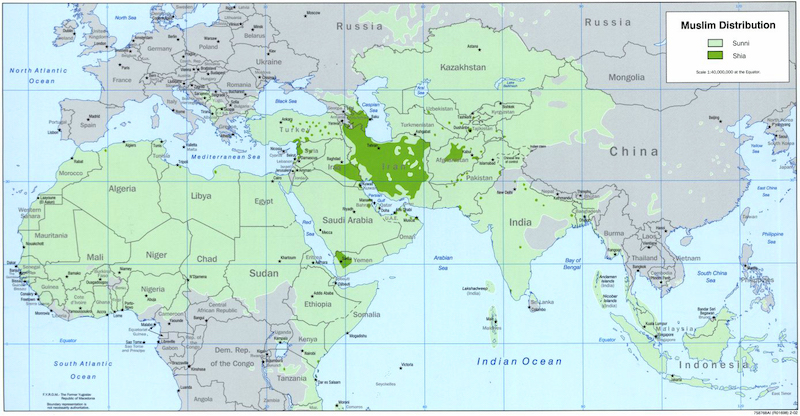 Map of Muslim Countries and Distribution of Sunni and Shia  There are over 70 countries in the world where Islam is the predominantly practiced religion. As a major religion, Islam  is the fastest-spreading religion in the world. 31% of Muslims live in South Asia and 15% in sub-Saharan Africa. The number of muslims also growing in Europe and North America rapidly. Source: CIA The World Factbook
Read more

Ethnic Map of Cyprus Before The Turkish Invasion 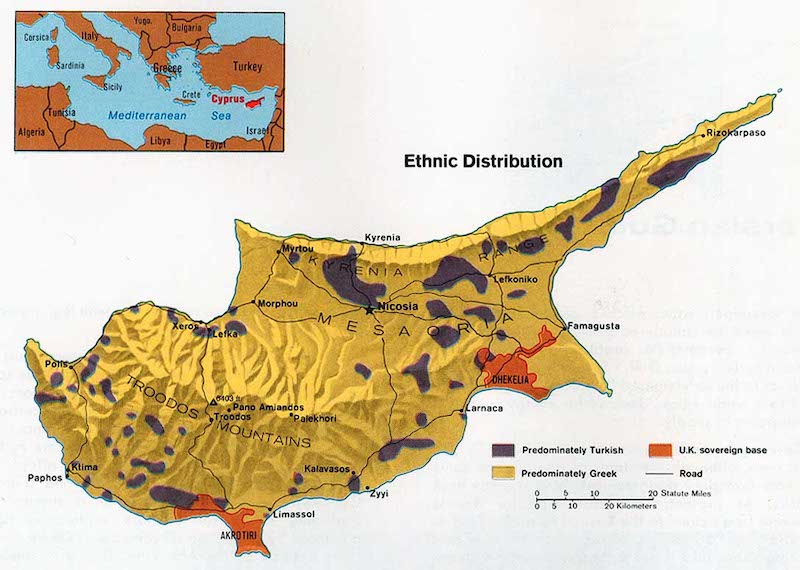 Ethnic Distribution of Cyprus, 1973. Turkish and Greek Areas This map shows where Greeks and Turks were predominately living in Cyprus in 1973 , just before The Turkish Invasion. British Sovereign Bases are shown the map as well. By 2020, estimated numbers of Turkish population in Cyprus is 300,000 and there are about 900,000 Greeks living on the island as well.
Read more

Map of The Battle of Albuera 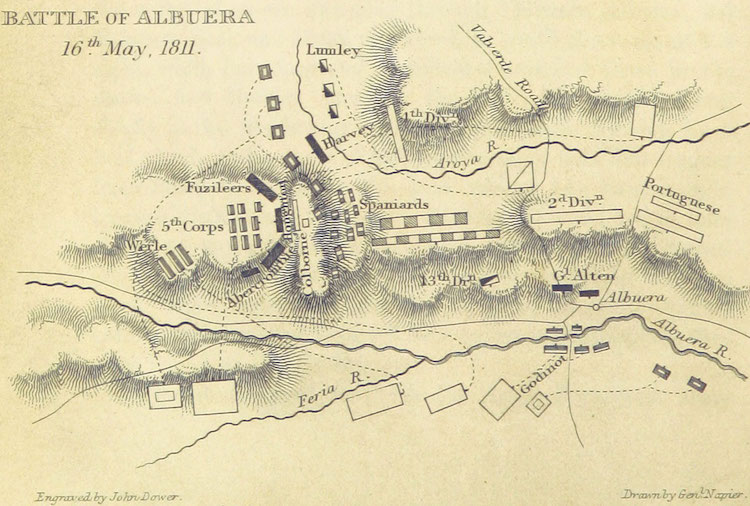 A historical map of the positions of the forces at The Battle of Albuera, 1811 One of the most important and game changer battles of the Peninsular War was definitely The Battle of Albuera . French were trying to control Iberian Peninsula and Spain, the United Kingdom and Portugal tried to stop them.  Map was engraved by William Francis Patrick in his book "History of the War in the Peninsula and in the South of France, from the Year 1807 to the Year 1814"  Source; British Library
Read more
More posts 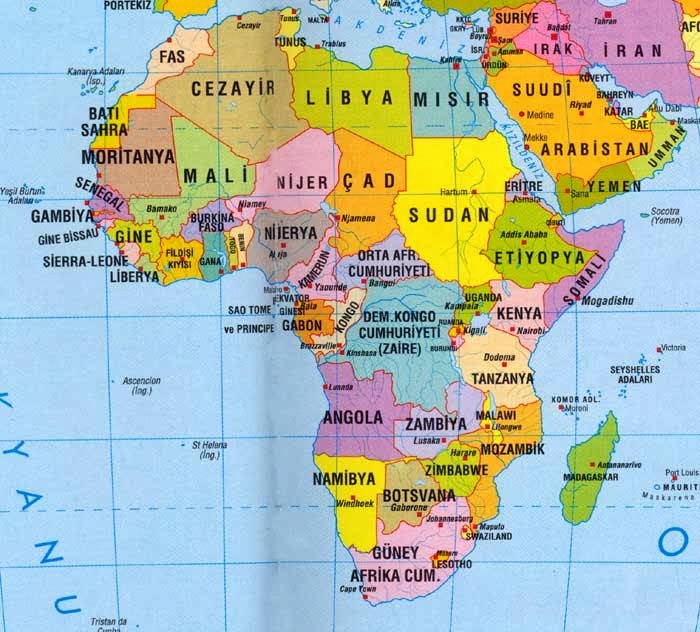 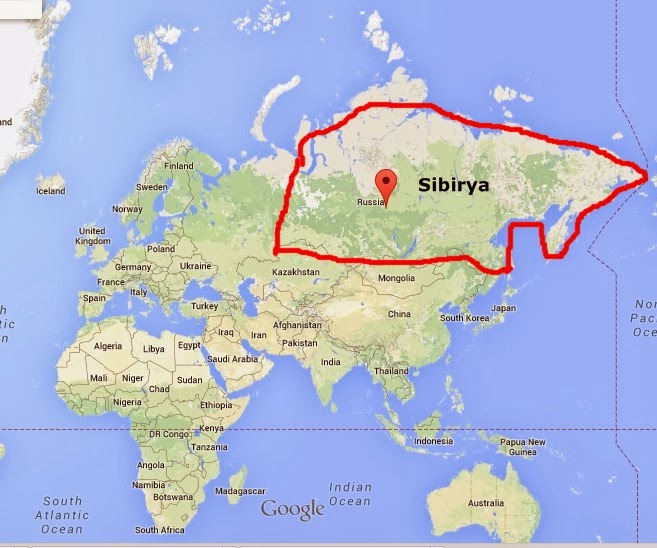 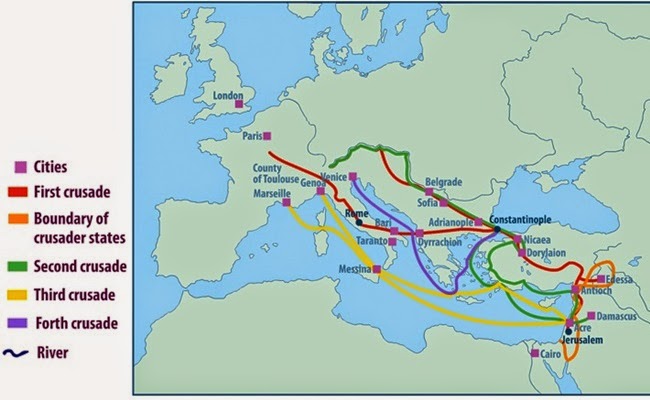 Historical Map of The Crusades, Routes and The Cities The First Crusade  (1096-1099) started from two different main gathering locations. First one was in France . They marched through Rome, Bari, Greece, Constantinople (Istanbul) and Antioch. The second was in Germany.  The Second Crusade (1147-1150)   started in north of Italy . They marched through Austria, Hungary, Belgrade, Sofia and  Constantinople. They changed the direction from that point. Nobody was expecting it though.  The Third Crusade (1189-1192) started from Marseille and Genoa. They sailed the entire Mediterranean Sea (through Sicily, Rhodes, Cyprus and arrived in Jerusalem. The Fourth Crusade (1202-1204) the planned route was a bit complicated. They had to change it several times.  Some of the old cities on the route with modern names are: Dyrrachion ( Albania ), Adrianople ( Edirne ), Nicaea ( Iznik ) , Dorylaion (  Şarhöyük, Eskisehir ),  Antioch ( Antakya ),  Edesa ( Urfa ) , Acre ( Akko or Akka ) Rela
Read more 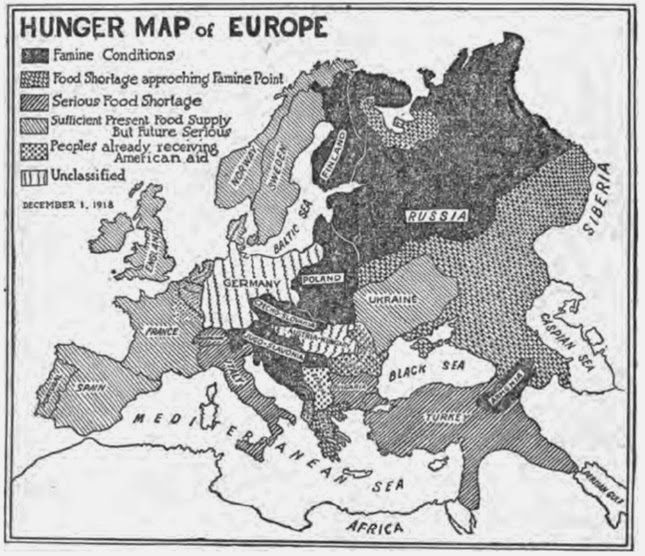 Hunger Map of Europe.  Have you ever seen Europe in hunger before? This map shows the hunger levels for the Europe in 1918. It was in an article published first in the newspaper, The New York Times Current History Magazine for the April-May-June 1919 99 Years later.. No more Hunger in Europe; Now the young Europeans are enjoying a good life.. like in this bar
Read more 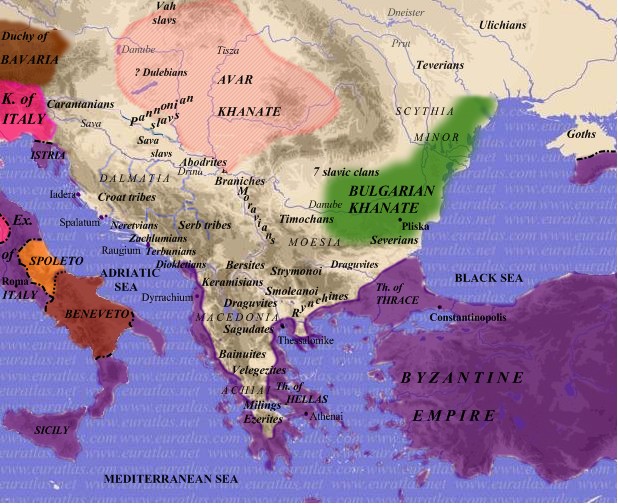 Map of The Balkans in 7th Century This unique map shows The Balkans at the end of 7th Century.  Slavic Tribes, Byzantine, The Avar Khanete and Bulgaria Khanete between 650-700 ( see Balkans 1796 )
Read more